EVERYONE LOVES A FESTIVAL 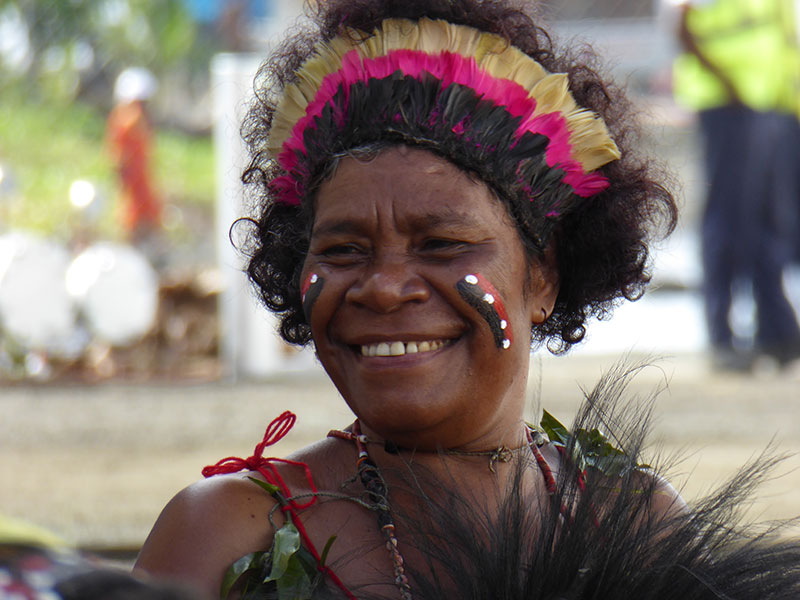 So if you are thinking about a trip to Papua New Guinea then why not make it coincide with a Festival?

When are they on? 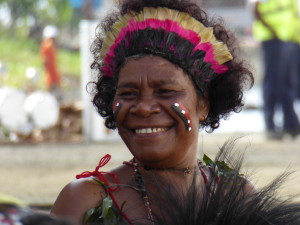 This festival is held in the Mamasa Region including Madang and East Sepik and is a celebration of the bamboo or Mambu, marked by the playing of unique bamboo instruments. Prepare to experience the fascinating cultural displays of the various tribes of the Momase region displaying their unique traditional songs, rituals, dance performances, arts and crafts

This is described as the most colourful show on earth in PNG’s eastern highlands. The staging of the Goroka Show began in 1957 at the Independence Park, opposite the Goroka main market.
The show was first introduced and organized by Australian patrol officers or ‘kiaps’.  Kiaps from each district built round houses typical of their districts where they displayed the various and unique cultures of the people living there.  The kiaps brought in ‘singsing’ groups from surrounding areas.  It created an entertaining weekend foreveryone in the Province helping people forget their tribal differences.  The show then was also a competition to see who was the best organized and administered district.

The Festival celebrates the epic voyages of the seafaring Motuans who journeyed to the Gulf Province on the famous iconic sea vessel – the ‘lagatoi’.

The lagatoi was a large sailing canoe with many hulls to store mainly clay pots which the Motuans made and traded with the people of the Gulf in exchange for sago.  There were a variety of other traditional goods that were also exchanged during the famous Hiri trade.

The Hiri trade route took many months to complete and was a very difficult journey for the Motuans and at times fraught with danger from storms and rough winds, especially for the return home as the cargo was much heavier. 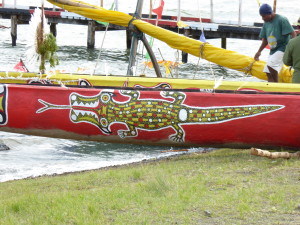 Motuan culture – from songs, dances and rituals reflect largely on the Hiri trade and cover celebration, lamentation and tributes to gods and ancestors.

The Festival is not just a celebration and showcase of Motuan culture but involves other tribes whom the Motuans traded with throughout their history, which include the people of the Gulf, Mekeo, Hula and Koiari.

The Hiri trading voyages forged friendship and lineal ties going back thousands of years.  Much of this is evident today with the Hiri Motu language, a vernacular understood by the Motuans and their south westerly trading partners.

Malagan is a term that originates from the Nalik language of northern New Ireland.  The term refers to the elaborate and complex cultural ceremony that captures the rites of death, dispute and conflict resolution and many oth 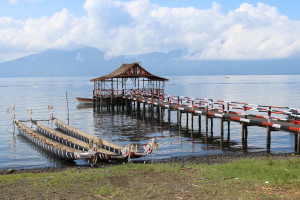 Intrinsic to Malagan ceremonies are the stunning wooden masks and carvings created specifically for this event which have become recognized throughout Papua New Guinea and the rest of the world.

Canoes and kundu drums are a significant part of the lives of the people of Milne Bay, Papua New Guinea.

The canoe and the kundu are widely used in traditional ceremonies and rituals in Milne Bay.  The ‘war canoes’ are 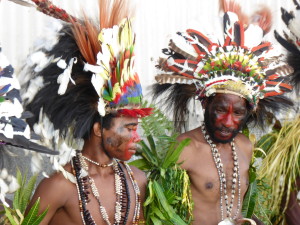 especially crafted from special woods under strict customs to derive the best results and ensure their use is a successful or victorious one.

The Kenu and Kundu Festival was first held in Milne Bay in 2003.

The canoes used in the festival are crafted the same way as the ancestors of the Milne Bay people built their own canoes many years ago.